With the haze season just behind us, we can finally expel the last of the ash-filled air out of our lungs. But that doesn’t mean that breathing clean air is enough! There is no better time than now to revitalise our bodies and take care of our health by eating nutritious foods – like a bowl of chicken soup. Here is home cook Jasmine Ong’s recipe for Hockhua Waist Tonic Chicken Soup that uses Hockhua’s Waist Tonic Essence as a special ingredient to make this delicious chicken soup extra healthy! As the name suggests, the Waist Tonic Essence relieves back aches which is great for office workers and the elderly, but it is also really good for our lungs too! 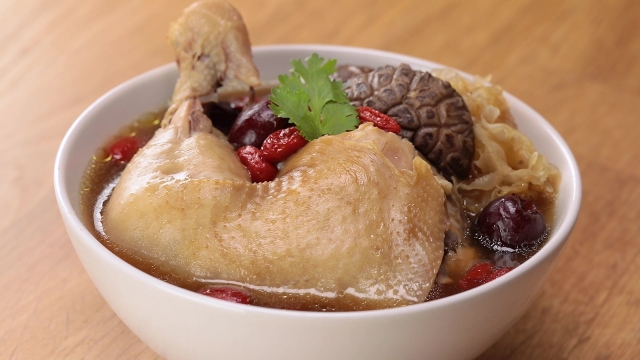 In case you have not heard of Waist Tonic Essence before; it is a traditional Chinese health supplement that improves blood circulation to rejuvenate and strengthen the body and relieve pain. The health benefits of Hockhua’s Waist Tonic Essence are: 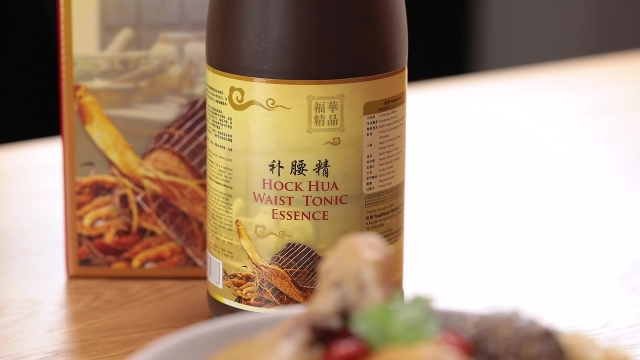 With all these plentiful health benefits, the Waist Tonic Chicken Soup is not only great for when you need that extra health boost or relief from backaches, but also as a nourishing and digestible meal when you have fallen ill. A quick and easy meal to prepare, so you can always fix yourself a bowl even when feeling under the weather or for a quick weekday night dinner.

Begin by preparing the ingredients and boiling the soup.

Blanch the chicken legs for 2 minutes

Prepare the white fungus by removing off the hard underside of the fungus and then cutting it into large chunks with a kitchen scissors. White fungus has multiple health benefits of its own too! Used for years by the Chinese and Japanese to treat dry coughs and for its anti-inflammatory effects, white fungus is also known as a more affordable version of bird’s nest as its collagen content is comparable to the expensive delicacy. This ingredient helps boost the health benefits of the soup and beautify your skin as well! 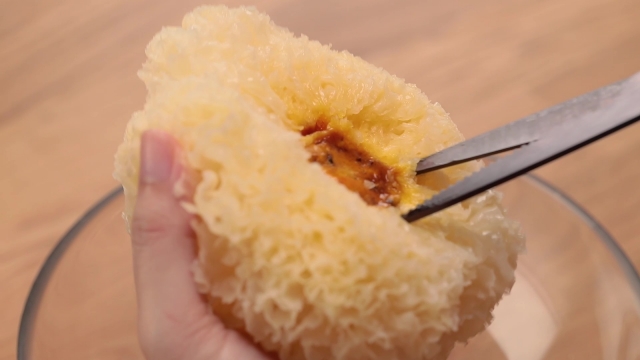 Remove the hard underside of the white fungus 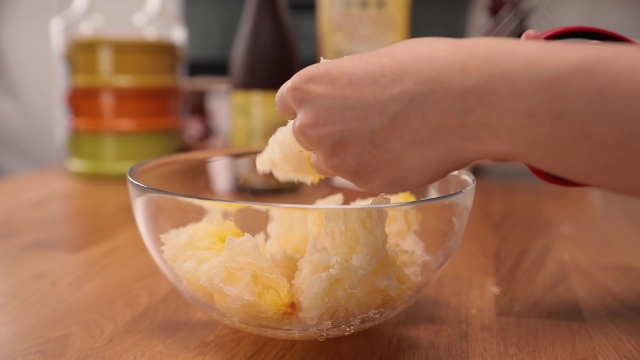 Boil another litre of water in a pot and add all of the ingredients, except the Waist Tonic Essence, into the pot and let it simmer for two hours. 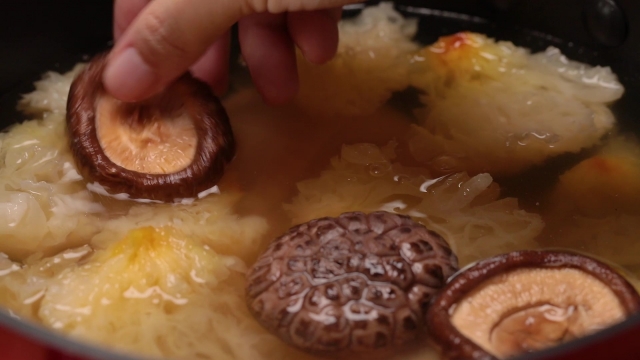 Simmer the soup for 2 hours 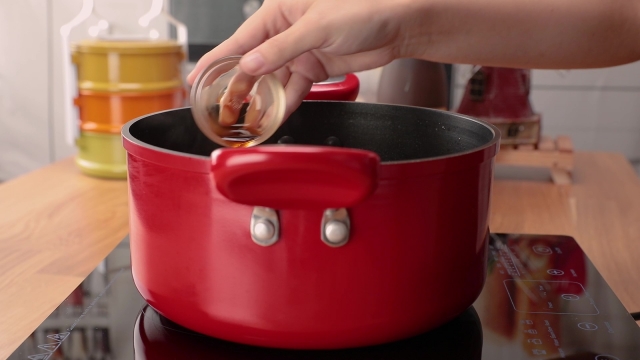 Season the soup with soya sauce 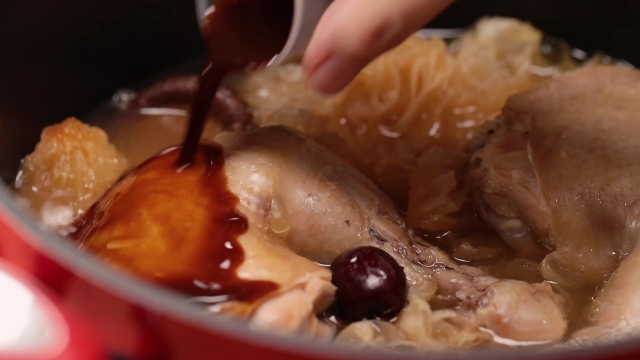 Lastly, scoop the soup into a bowl and top it off with some goji berries and coriander for a nice touch and get ready to be fortified. 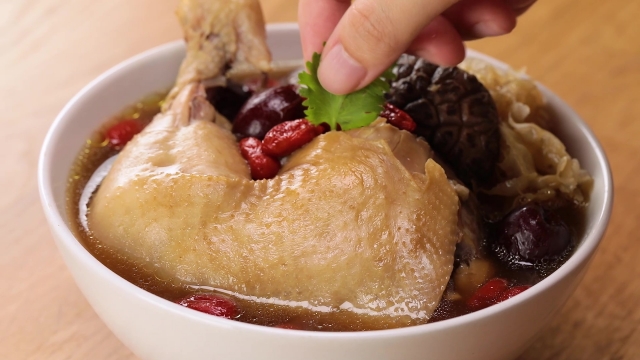 Garnish the soup with goji berries 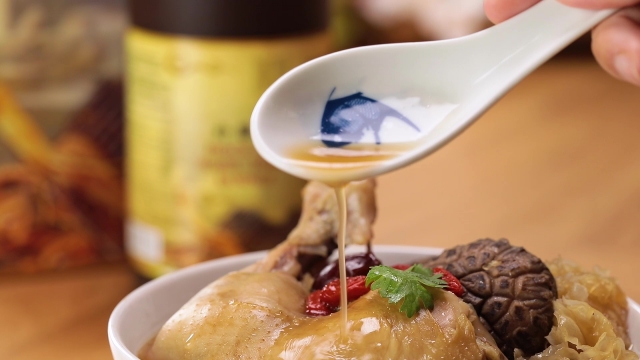 Get the recipe here!