Sweet, spicy and tangy! The famous Si Chuan Dan Dan noodles is one of the most popular Chinese street food dishes. Learn how to make it with this easy recipe from Home cook, Sharon Tay. 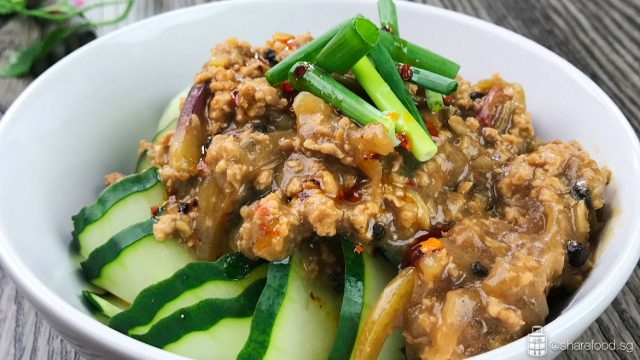 The Dan Dan Noodles originates from Chinese Si Chuan cuisine. It consists of a spicy sauce containing preserved vegetables, chilli oil, Si Chuan pepper, minced pork, and scallions served over noodles. The name refers to a type of carrying pole (dan dan) that was used by walking street vendors who sold the dish to passers-by. The local people gradually came to call them Dan Dan Noodles, referencing the street vendors. 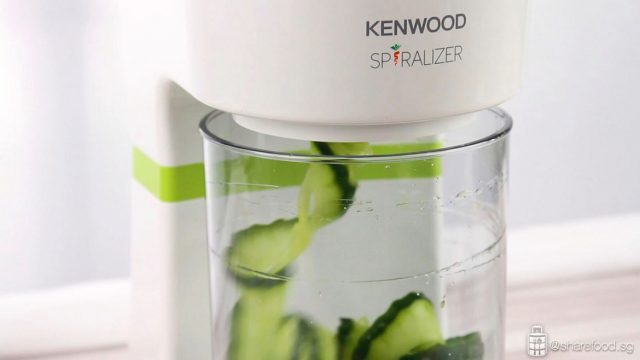 We use Kenwood Spiralizer for our cucumber.

In this recipe, Sharon prepares it with crunchy cucumber for a refreshing blend of flavours. Make the dish stunning for your family and guest with cucumbers spiralised into ribbons. A comforting and delicious combination everyone would enjoy! 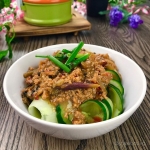 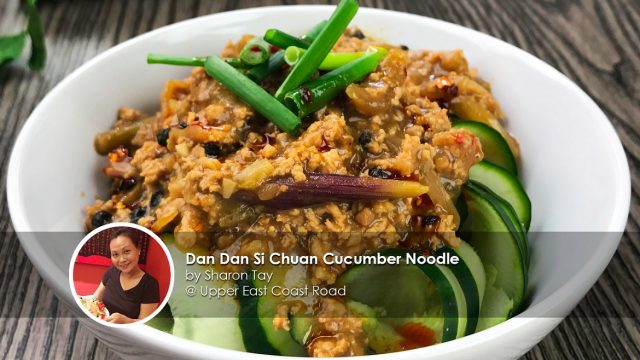 Thinking of what’s cooking next door?
Check out “Food Near Me” on Share Food mobile app to discover other amazing home cooked dishes near you!