Delicious clear chicken soup that is simple to make at home and nourishing to have any day! Made with organic chicken, snow fungus, dried scallop, mushroom, red dates and wolfberries. This Snow Fungus Chicken Soup recipe is shared by home cook Cheng Geck Chau. 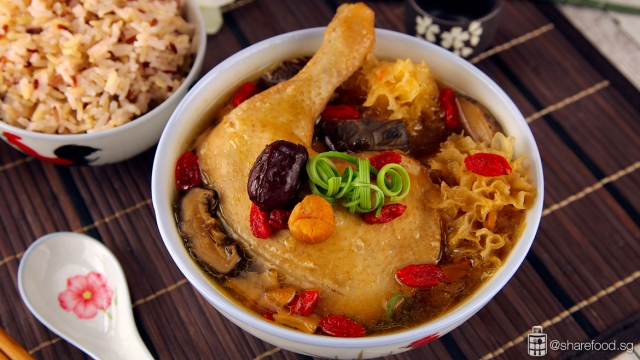 This hearty soup couldn’t be simpler to put together. For this Chinese soup, we used organically grown chicken as they contain lesser fat and is lower in cholesterol. When preparing a meal for the family, it is always reassuring to know that not only would the soup taste great, it is also nutritious to eat. 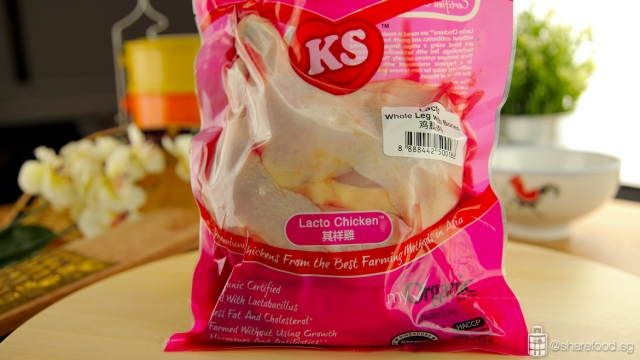 The Snow Fungus Chicken soup is also popular among the Chinese for its healing and nourishing benefits. Not only does it boost general well-being, but the snow fungus is also known to heal dry coughs, clear heat in the lungs and improve skin complexion. It doesn’t have any flavour, but it does add a “crunchy” gelatinous texture to the soup! 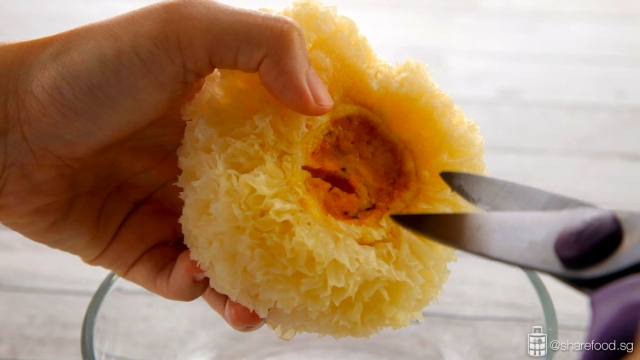 Here are some tips to prepare the snow fungus before cooking. Soak the snow fungus in hot water till it softens. Remove the steam on the underside of the snow fungus as it remains firm even after soaking. Cut into smaller pieces and set aside for cooking. 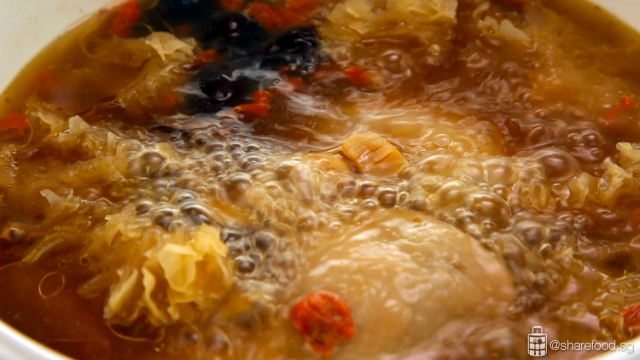 Allow the soup to simmer for 1.5hours till the chicken is cooked through

Follow these simple steps for a comforting chicken soup that you’ll make again and again! Firstly, boil water at high temperature and when it boils, place all ingredients into the pot. Next, when the water boils, reduce the fire. Allow it to simmer for 1.5hours till the chicken is cooked through. Lastly, add in your desired amount of salt and pepper. Let it simmer till the salt and pepper have dissolved and then serve. 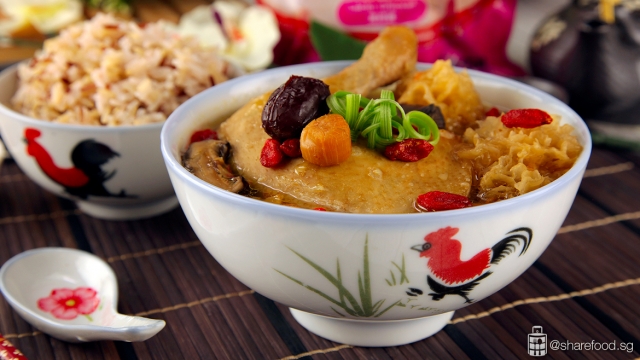 Our favourite parts of this soup are the intensely flavourful broth and the tender, juicy chicken leg! The whole family will love this traditional Chinese soup as it’ll make you feel rejuvenated and well-nourished! Here are more nutritious organic chicken recipes for you to explore: Hakka Yellow Rice Wine Chicken,  Coconut Chicken Steamboat and Salt Baked Chicken.

Have a recipe that you would love to share with us? Send it to us at  https://www.sharefood.sg/submit-recipe/! 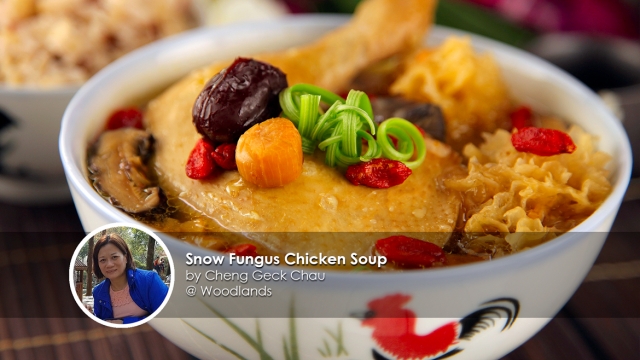